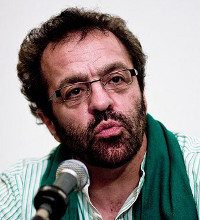 Dr. Sadri is the author of a new translation of the Shahnameh (Ferdowsi) in a collaborative effort with designer Hamid Rahmanian


“The aim of this project is to infuse the popular imagination of the English-speaking world with the legends of Shahnameh, its epic battles, three sweeping love stories and four, increasingly human centered tragedies,” said Professor Sadri, who holds the James P. Gorter chair of Islamic World Studies at the Lake Forest College. 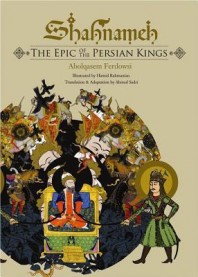 Shahnameh is the longest poem written by a single person in the history of humanity.
“This 83,000-word abridged translation will be printed against 550 new panels of gorgeous and innovative illustrations by New York-based graphic designer Hamid Rahmanian,” explained Sadri. “And it will be published by W.W.Norton exactly one thousand and three years after its completion in March, 1010,” he added.
We concluded the interview with a discussion about current situations in Iran and the infightings amongst Conservative factions of the ruling elites.  Iran is preparing for yet another presidential elections in June 2013 and with waves of Arab Spring Iran might see another rounds of challenges as President Obama also starts his second term in the White House.
Posted by Qasedak at 10:32 AM 1 comment: