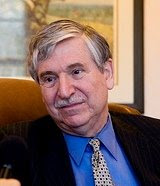 February marks the 30th anniversary of the Islamic Revolution in Iran . One of the most significant events in the Middle East in the last half century, it dramatically changed the political balance of power in the region and created one of the US’s greatest foreign policy challenges. The revolution caught all the western intelligence agencies off-guard. The Shah’s monarchy, characterized by President Carter a year earlier as the Island of Tranquility , had disappeared and a revolutionary government unlike anything seen before had taken over the most valuable US ally in the Persian Gulf .

US-Iran relations have regrettably gone from bad to worse over the past 3 decades. During this same period, Iran has gained great influence in the region and is a major player in all Middle East arenas – Iraq and Palestine in particular. Many analysts of foreign affairs today agree that having a normal relationship with Iran is critical if the US goal for stability of the Middle East is to be realized.

Ambassador Limbert first joined the Foreign Service in 1973, and his overseas experience also included tours in Algeria , Djibouti , Iran , Saudi Arabia , and the United Arab Emirates . From 1981 to 1984 he taught Political Science at the U.S. Naval Academy, and in 1991-92 he was a Senior Fellow at Harvard University 's Center for International Affairs. Ambassador Limbert was president of the American Foreign Service Association (2003-2005) and Ambassador to the Islamic Republic of Mauritania (2000-2003).

John Limbert was appointed Distinguished Professor of International Affairs at the U.S. Naval Academy in August 2006 after retiring from the Foreign Service with the rank of Minister-Counselor. His last postings before retirement were as Dean of the Foreign Service Institute's School of Language Studies and, on temporary assignment, as Chief of Mission in Khartoum , Sudan .

Born in Washington , D.C. , John Limbert graduated from the D.C. public schools and holds his B.A., M.A., and Ph.D. from Harvard University , the last in History and Middle Eastern Studies. Before joining the Foreign Service, he taught in Iran , both as a Peace Corps Volunteer (1964-66) and as an English instructor at Shiraz University (1969-72). He has written numerous articles on Middle Eastern subjects and has authored Iran : At War with History (Westview Press, 1987) and Shiraz in the Age of Hafez ( University of Washington Press , 2004).

Ambassador Limbert holds the Department of State's highest award -- the Distinguished Service Award and Award for Valor, which he received after fourteen months as a hostage in Iran . He also holds the American Foreign Service Association's Rivkin Award for creative dissent. His foreign languages are Persian, Arabic, and French. He is married to the former Parvaneh Tabibzadeh, and has a son, a daughter and two grandchildren.
Posted by qAsedak at 11:51 AM No comments: