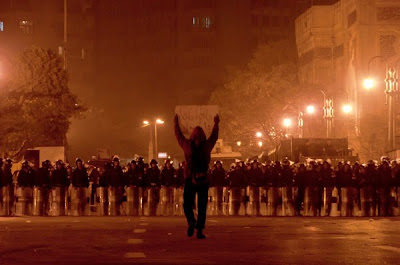 Current events in the Middle East and North Africa have captured world attentions. Ben Ali and Husni Mubarak, the US's allies of 20-30 years in Tunisia and Egypt are under pressure to leave or have already submitted to the will of the people. What happens there has impact on other countries of the region. Please join me in talking with 3 scholars of the field: Dr. Sherifa Zuhur, Mike Ghouse and Dr. Peter Bechtold in discussing these issues live on KBOO.

Sherifa Zuhur Masoud Ph.D.:
Dr. Zuhur is the Executive Director of the Institute of Middle Eastern, Islamic and Strategic Studies, and Associate Editor for Contemporary Conflicts and International Systems, Review of Middle East Studies and the Assistant Editor, Encyclopedia of U.S. Middle East Wars. ABC-Clio. She has two Ph.D. in History and Political Science from UCLA.

Mike Ghouse:
Mike Ghouse is a speaker, thinker and a writer. He runs the Foundation for Pluralism championing the idea of co-existence through respecting and accepting the otherness of other and is committed to nurturing the pluralistic ideals embedded in Islam through the World Muslim Congress. www.MikeGhouse.net

Peter Bechtold, Ph.D.:
A native of Heidelberg, Germany, Bechtold came to Oregon as a teenager to visit two uncles. He liked the area, so when fall 1956 rolled around, he entered Portland State College. At PSU, Bechtold earned a bachelor's in math and a minor in Middle East studies, before going to Princeton on a full fellowship. There he received two Ph.D.s, one in Near East studies and one in political science. to study culture, customs, religion, politics, and other issues before being dispatched abroad. For almost 30 years, Peter Bechtold '61 taught at the U.S. State Department's Foreign Service Institute in Washington, D.C. Last year he returned to Portland State as director of the Middle East Studies Center, where he served for one year.
Posted by qAsedak at 11:21 PM No comments: