Human Rights Violation in Iran after the Elections
Friday Sep. 11, 2009
KBOO 90.7 fm
Click here to listen to this recording! 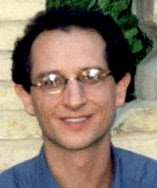 An interview with Dr. Hadi Ghaemi of the International Campaign for Human Rights in Iran about the situations in Iran in aftermath of the elections fraud and people uprising. Thousands of the regular people and reform activists are still in prison 80 days after the elections. We will also hear about the welcoming ceremonies planned for president Ahmadinejad in New York while he visits the UN general assembly.

Hadi Ghaemi is the director of International Campaign for Human Rights in Iran[1], which is a project of the Dutch Foundation for Human Security in the Middle East. Ghaemi was formerly the Iran and United Arab Emirates researcher in the Middle East and North Africa division of Human Rights Watch.[4] He holds a PhD in Physics.
Posted by qAsedak at 4:20 PM No comments: