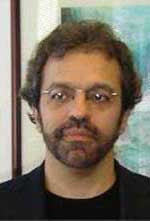 Dr. Sadri regularly contributes to popular journals and newspapers in his native country, Iran, and grants interviews to radio and television programs such as BBC, Radio France, Voice of America, and Radio Australia. Also, he writes op. ed pieces for Daily StarDaily Telegraph, Newsweek, and Time have carried interviews, profiles, and quotations from him in the recent years., The Guardian, UK . The New York Times, Fort Worth

Ahmad Sadri is Professor of Sociology and James P. Gorter Chair of Islamic World Studies at Lake Forest College. He received his BA and MA degrees at the University of Tehran and his PhD from the New School for Social Research. Sadri is the author of Max Weber’s Sociology of Intellectuals (Oxford University Press 1992, 94) and editor and translator (from Persian) of Reason Freedom and Democracy in Islam (Oxford University Press, 2000) and (from Arabic) Saddam City (Saqi Press, 2002.) Sadri has authored three books in Persian published by Kavir, and Hermes Press, Tehran. He has also functioned as a columnist for Daily Star of Lebanon and a commentator at National Public Radio in Chicago.

Please Note that the Voices of the Middle East has now moved from Thursday nights to Friday mornings at 9 AM.
Posted by qAsedak at 8:47 PM No comments: