An interview with Ambassador Farhang on issues related to the Middle East, Iran and the anniversary of the Universal Declaration of the Human Rights. 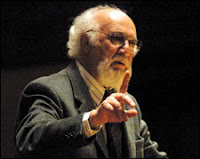 Professor Mansour Farhang served as an advisor to the Iranian foreign ministry and as ambassador to the United Nations following the 1979 revolution. He later resigned in protest when the Khomeini regime refused to accept the U.N. Commission of Inquiry's recommendation to release American hostages in Teheran. Early in the Iran-Iraq war, he also served as envoy in negotiations with international peace missions. During his ambassadorship, Dr. Farhang wrote and spoke about the threat of religious extremists who had come to dominate the course of the Iranian revolution. He sought refuge in United States in the fall of 1981, following the violent suppression of political dissidents in Iran . He has been teaching international relations and Middle Eastern Politics at Bennington College in Vermont since 1983.

Mansour Farhang currently serves on the advisory board of Middle East Watch, a branch of Human Rights Watch, an organization dedicated to protecting the human rights of people around the world. And in the media, he's one of the most sought-after experts on the Middle East , appearing as a guest on numerous national and international radio and television programs

He holds a BA from the University of Arizona (1965) and a PhD from Claremont Graduate School (1970).

U.S. Press and Iran : Foreign Policy and the Journalism of Deference (Univ. of California, 1987)
U.S. Imperialism: From the Spanish-American War to the Iranian Revolution (South End Press, 1981).
Posted by qAsedak at 3:40 PM No comments:

President-elect Obama and a window of opportunity to resolve some of the issues with Iran.

An interview with Farideh Farhi, University of Hawaii, Manoa 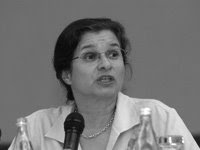 Farideh Farhi is an independent researcher and an adjunct professor of political science at the University of Hawaii, Manoa. Her publications include States and Urban-Based Revolutions in Iran and Nicaragua (1990), as well as numerous articles and book chapters on comparative analysis of revolutions, contemporary Iranian politics and foreign policy. Her writings also appears on numerous webzines such as "Informed Comment". I'll interview her about the US election results and President-elect Obama's window of opportunity to move toward an oppening with Iran. The benefits of such involvement and impacts that it might have on the Middle East in general and stability of the Region and especially Iraq.
Posted by qAsedak at 3:13 PM No comments: