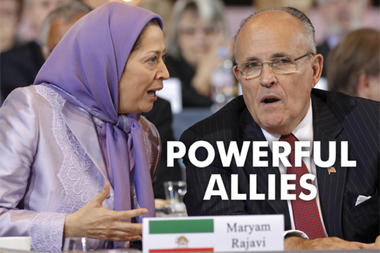 Iranian Opposition Group spends millions of $$$ on US Politicians to be removed from the State Dept. terrorists list.
Program date:
Fri, 08/12/2011


Huffington Post, Christian Science Monitor are reporting that an Iranian opposition group, Mujahedin Khalgh Organization of Iran (aka MKO, MEK, PMOI, NCRI,...) has spent millions of dollars booking American and European politicians to support their campaign to reverse European Union and State Department's decision to list them as a foreign terrorist organization. 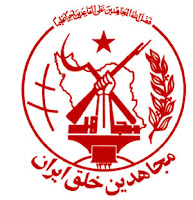 Voices of the Middle East's Goudarz Eghtedari interviews Jamal Abdi, policy director with National Iranian American Council (NIAC) and Dr. Evan Siegel, NJ City University about MKO and its campaign over the years against Shah's regime and now the Islamic Republic and its evolution from a marxist Islamist organization to now aligning with neo-cons in the US. 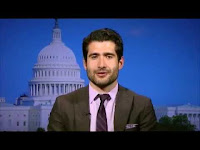 Jamal Abdi joined the National Iranian American Council as Policy Director in November 2009, directing NIAC’s efforts to monitor policies and legislation, and to educate and advocate on behalf of the Iranian-American community. Abdi joined NIAC’s team following his work in the US Congress as Policy Advisor to Representative Brian Baird (D-WA). As one of a small number of Iranian Americans working on the Hill, he served as a Congressional advisor, liaison, and expert on foreign affairs, immigration, and defense.  Prior to coming to DC, Abdi worked in his home state of Washington as a field organizer for national Congressional elections, coordinating and establishing grassroots campaign efforts in Seattle and Bellevue.

Posted by Qasedak at 6:54 PM No comments: