The National Intelligence Estimate report and future of the Iran problem.
An interview with Barbara Slavin
Thursday December 13th, 2007 at 6 PM
KBOO 90.7 FM
Click here to listen to this interview! 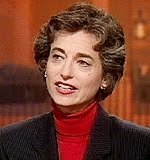 Barbara Slavin has been senior diplomatic reporter for USA TODAY since 1996, responsible for analyzing foreign news and U.S. foreign policy. She has covered such key issues as the U.S.-led war on terrorism and in Iraq, policy toward "rogue" states and the Arab-Israeli conflict. She has accompanied three secretaries of State on their official travels and also reported from Iran, Libya, Israel, Egypt, North Korea, Russia, China, Saudi Arabia and Syria. Author of a new book on the United States and Iran entitled "Bitter Friends, Bosom Enemies: Iran, the U.S. and the Twisted Path to Confrontation," she is a regular commentator on U.S. foreign policy on National Public Radio, the Public Broadcasting System and C-Span. In October, she joined the U.S. Institute of Peace as a Jennings Randolph fellow, to continue her research on Iran.
Posted by qAsedak at 3:31 PM No comments: